In over thirty years of handling civil matters for Plaintiffs and Defendants, Johnny Linton has concluded jury and non-jury trials in counties throughout South Carolina and in five Divisions of the United States District Court. He has prevailed in appeals in the United States Court of Appeals for the Fourth Circuit, the South Carolina Supreme Court and the South Carolina Court of Appeals. He also argued an original jurisdiction case in the Supreme Court of the United States. Johnny continues a vibrant practice representing landowners in eminent domain proceedings. He brings his problem-solving skills to bear for clients in business and fiduciary administration matters, and in serious personal injury matters for Plaintiffs. In addition, Johnny is often called upon by his colleagues or courts to handle matters through alternative dispute resolution as a mediator, arbitrator, or special referee.

Johnny is a fellow of the American College of Trial lawyers, and formerly served on its State Committee, and is a permanent member of the United States Court of Appeals for the Fourth Circuit Judicial Conference. He has been listed in Best Lawyers in America for over five years in the Bet-the-Company category, and has been awarded the Bet-the-Company Litigator of the Year for the Charleston area for 2014. He is a long standing member of Super Lawyers, and has been designated in the coveted Tier One of Chambers Best Business Litigation Lawyers in America. Johnny is also recognized by Global Lawyers Experts for his commercial litigation and condemnation experience.

Locally, Johnny has served as President of the Charleston County Bar and as President of the Coastal Chapter of American Board of Trial Advocates. He was previously appointed by the South Carolina Supreme Court as a South Carolina Bar examiner and as a member of the South Carolina Supreme Court’s Grievance Committee. The United States District Court appointed him to a committee to review a Magistrate Judge’s qualifications for reappointment. A graduate of Wofford College, Johnny served on its Alumni Advisory Board. He also graduated from the University of South Carolina School of Law, and received its Compleat Lawyer Award in 2003. He is also a life fellow of The American Bar Foundation.

Mr. Linton continues to practice full-time as Special Counsel at Duffy & Young. He also remains very active in a number of civic undertakings as well. His civic interest and commitments have included his service on the Board of Directors and Executive Committee of the Trident Way, the Board of the Coastal Community Foundation, and as Vice-Chairman of the Pinewood Preparatory School Board of Directors. He has received the Order of Palmetto from the Governor of the State of South Carolina for civic commitments, and a special recognition by the Town of Summerville for his leadership and involvement in civic affairs. 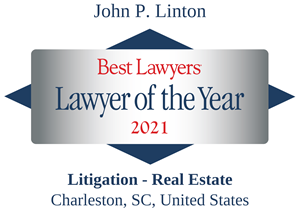 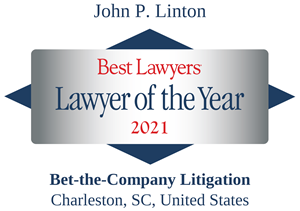 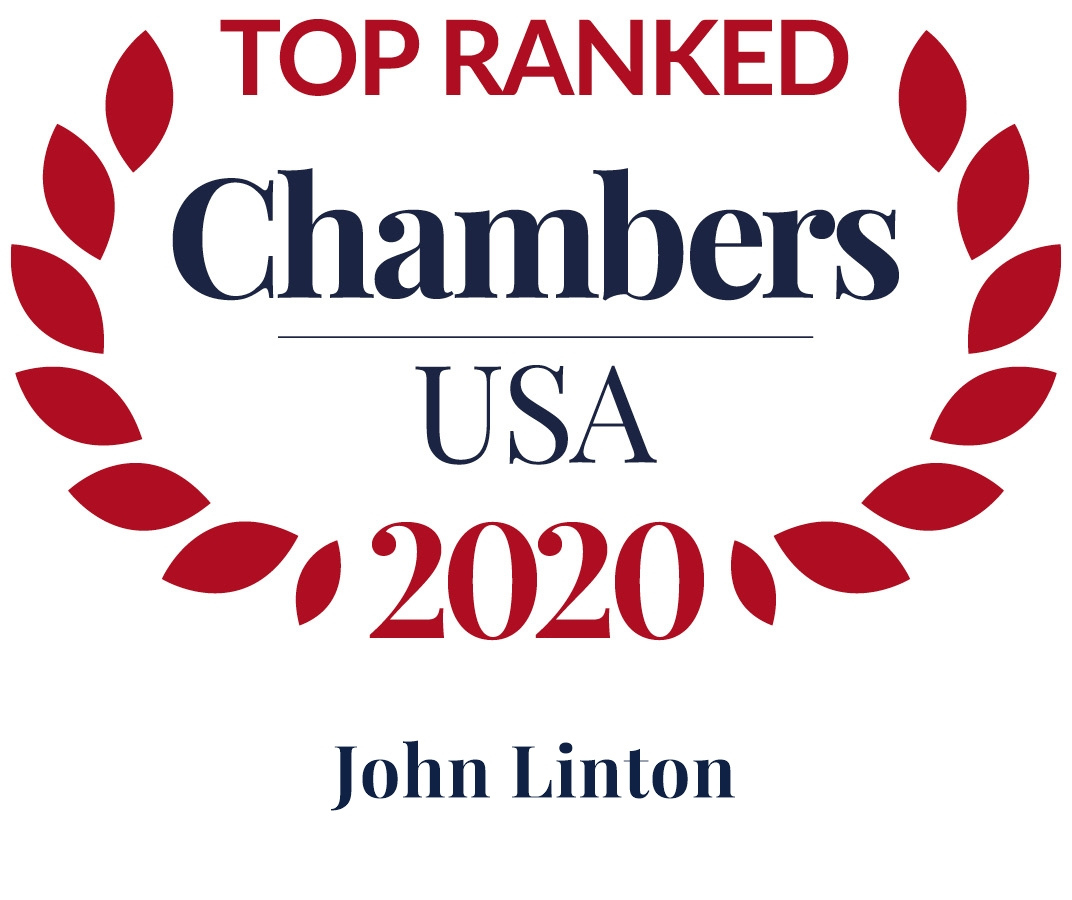